Morning at the Sea of Galilee 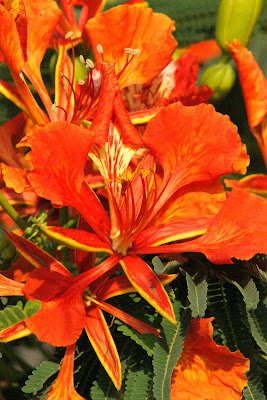 Here's a hymn for morning that reminded me of our journey down to the Sea of Galilee and our crossing from Tiberias to Tabgha:
Not here for high and holy things we render thanks to thee,
but for the common things of earth, the purple pageantry
of dawning and of dying days, the splendor of the sea,
the royal robes of autumn moors, the golden gates of spring,
the velvet of soft summer nights, the silver glistering
of all the million million stars, the silent song they sing,
of faith and hope and love undimmed, undying still through death,
the resurrection of the world, what time there comes the breath
of dawn that rustles through the trees, and that clear voice that saith:
Awake, awake to love and work! The lark is in the sky,
the fields are wet with diamond dew, the worlds awake to cry
God's blessings on the days of life, as we dance lightly by.
Come, let thy voice be one with theirs, shout with their shout of praise;
see how the giant sun soars up, great lord of years and days!
So let the love of our God come and set thy soul ablaze,
to give and give, and give again, what God hath given thee;
to spend thyself nor count the cost; to serve right gloriously
the God who gave all worlds that are, and all that are to be.
--adapted from a hymn by Geoffrey Anketel Studdert-Kennedy 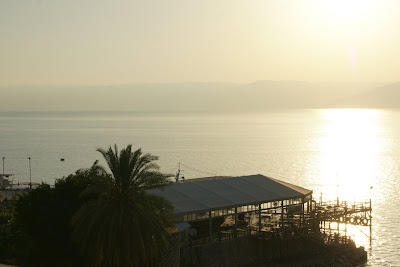 The Sea of Galilee is in the north of Israel, and it is a lovely place. Also known today as Lake Kinnereth, it is referred to in the gospels as the Sea of Tiberias as well as Lake Gennesaret. It is a large body of water, about 15 miles long and 8 miles wide, and it is deep, about 160 feet; surprisingly, it is about 650 feet below sea level. The Jordan River flows into the lake from the north and flows out to the south. Along the shores are the villages of Tiberias, Magdala, Tabgha, and Capernaum, which were all along the major trade routes running east to west. 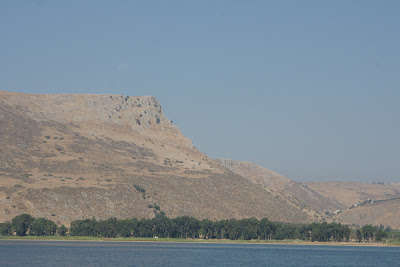 According to the gospel accounts, the area around the Sea of Galilee was the location of much of Jesus' ministry. On the shores of this lake, Jesus called most of his disciples to follow him; most of them made their living as fishermen. He preached to the crowds from a boat anchored just a little way out on the water, and the hill where he preached the Sermon on the Mount is close by. Tradition indicates that he performed a number of miracles here, including quieting the storm and multiplying the loaves and fishes, and told many parables to his followers. 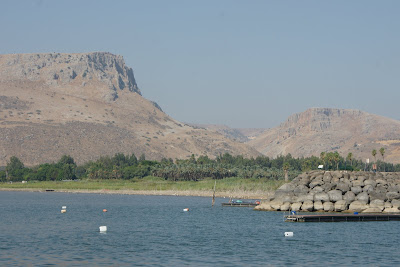 As the photos show, it is a really beautiful place; the countryside is rugged and arid, but vegetation flourishes along the shore, and fish are still quite abundant. 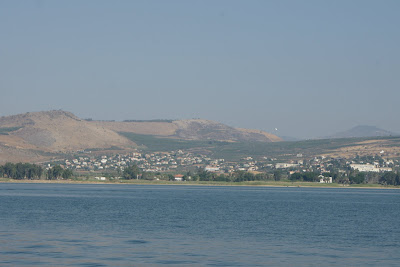 Irrigation is a great boon to agriculture, of course, and the modern Israelis have definitely "made the desert bloom." Just look at these limes ... 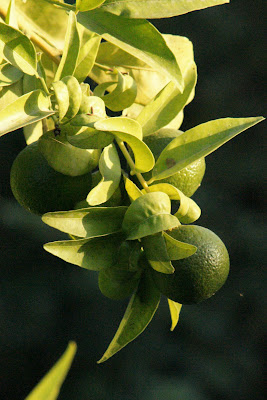 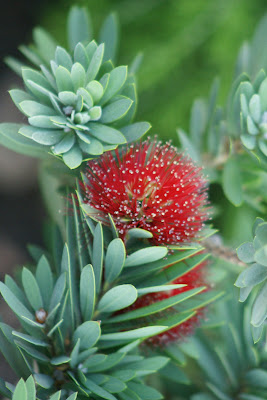 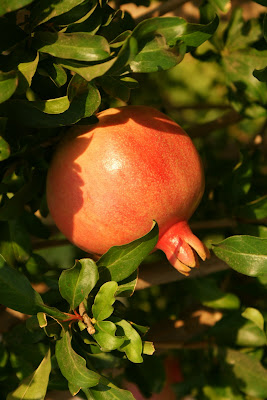 It was really amazing to be able to cross these waters and walk these hills. It is a place of such tranquillity and beauty that in the stillness I could feel the Divine presence. We were blessed to have had this experience. 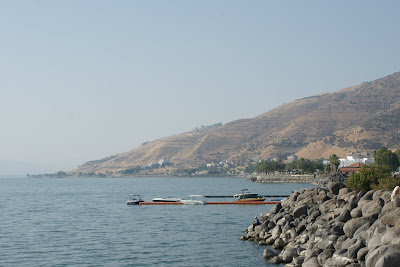 Posted by Anthony F. Chiffolo at 5:18 PM No comments:

Our Lady of Lourdes and Padre Pio 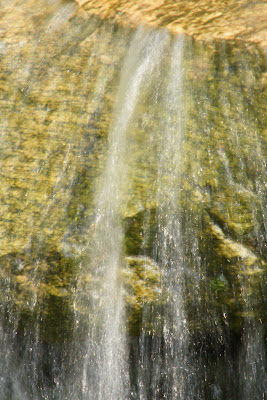 Continuing with my reading of Padre Pio's letters, I happened across this passage in which he talks about Lourdes:
"I believe it is God's will for you to go to visit the beautiful Virgin of Lourdes....For many years I too have been longing to go there, but I am aware that this will never be anything more than a pious desire. I would ask you not to let slip this wonderful opportunity that heaven offers you, not to fail to put into effect this most holy sentiment and give free play to your devotion. Go there indeed, I beseech you, to visit the White Lady and pray to her for the needs of holy Church. Pray in a special way for my own wretched soul that it may never again be unfaithful to its God and pray for all those who are dearest to me. Lay at the feet of this most holy Mother an aspiration of mine. Oh! If only I could follow you in this visit, how fortunate I should be and what a wonderful favour from heaven would be mine! But may the Lord's will be done."
--from his letter to Raffaelina Cerase of July 28, 1914 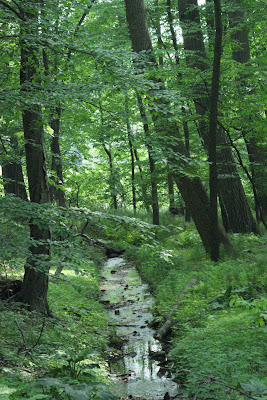 Unfortunately, I've never had the opportunity to visit Lourdes--at least not yet. Perhaps someday. In the meantime, here is some additional information about the apparition of the Blessed Mother to Bernadette.
Her Story:
In the foothills of the Pyrenees in southwestern France lies Lourdes, one of the world's greatest pilgrimage sites. But in 1858, when the Blessed Mother first appeared to the peasant girl Bernadette Soubirous, Lourdes was a small village of no import.
On February 11 of that year, Bernadete went with her sister and friend to look for firewood. Upon reaching a nearby river, Bernadette heard a rushing sound; she turned to the grotto behind her and saw a beautiful lady dressed in white beckoning to her. After Bernadette prayed the rosary, the vision disappeared. 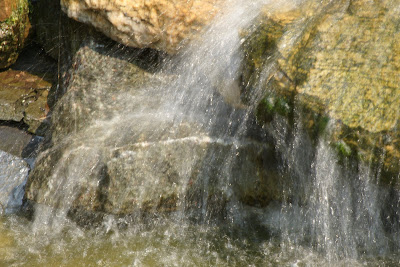 Bernadette returned to the grotto three days later and fell into a rapture when the lady appeared again. None of the other children was able to see the vision.
On February 18 the lady asked Bernadette to continue to visit the grotto. And this she did, accompanied by more and more of the villagers, who were curious about what might be taking place there.
On February 25 the lady directed Bernadette to go and drink from and wash herself in the spring; she then indicated a dry spot of land. In the presence of about 350 jeering witnesses, Bernadette began to dig in the dirt and "drink" the mud; then becoming aware of what was happening, she retreated in humiliation.
The lady did not return the next day, but Bernadette noted that water was issuing from the place where she had been digging. Nevertheless, the authorities continued to order her not to visit the grotto; she disregarded their commands.
On March 1 a pregnant woman dipped her paralyzed arm into the waters now flowing from the spring Bernadette had uncovered. Her cure was immediate and complete, and news of the miraculous spring began to spread.
When Bernadette told her parish priest of the lady's desire to have a chapel built near the grotto, he told her to ask the lady for her name. This Bernadette did on March 25, and the lady replied, "I am the Immaculate Conception." Having never before heard these words, Bernadette repeated them to the priest, who finally believed that the Blessed Mother had been appearing to Bernadette at the grotto.
Since March 1, 1858, millions of people hoping for healing have traveled to Lourdes to bathe in the miraculous waters, and the church has recognized sixty-five miracles occurring there. About five thousand inexplicable cures have also taken place. But perhaps the greatest miracles are those untold numbers of moral and spiritual healings experienced by the five million pilgrims who pray at Lourdes each year. 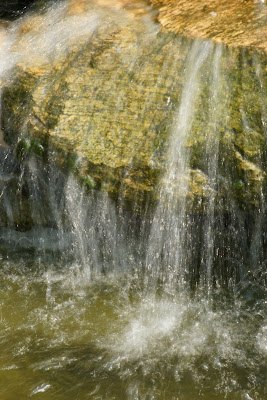 Mother of Compassion, you stooped to earth to make yourself visible to a humble child, and reveal to her your secrets, in spite of her great unworthiness. How great should be her humility! You, the Queen of Heaven and of Earth, deigned to use as your instrument the most feeble of creatures. O Mary, vouchsafe to her, who presumes to call herself your child, the priceless virtue of humility. Grant, Most Tender of Mothers, that your child may follow in your footsteps always and in all circumstances, and that she may be a child after your own heart and that of your Divine Son.

Dear Lady of the Immaculate Conception, remind us that the need for healing recognizes none of the arbitrary requirements of ability to pay, life expectancy, or other qualifications that society uses to separate the sick from adequate healthcare. Remind us often that all peoaple deserve the opportunity to be healed, and help us to treat all whom we encounter with compassion, that we, too, may be conduits of healing. We pray especially for [mention request], imploring your intercession for a complete cure. O Mary, Mother of Healing, please ask your son to heal this sickness. We ask this in his name, through your intercession. Amen. 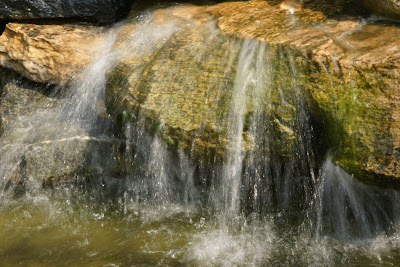 ("Her Story," "Traditional Prayer," and "New Prayer" are from 100 Names of Mary: Stories and Prayers by Anthony F. Chiffolo. Please email for purchasing information.)