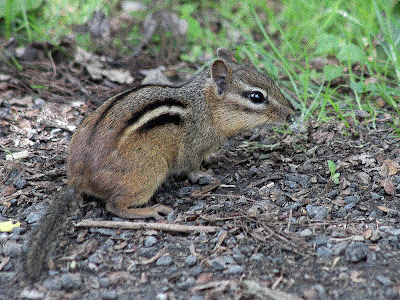 My friends all know that I am shy,
But the chipmunk is twice as shy as I.
He moves with flickering indecision
Like stripes across the television.
He's like the shadow of a cloud,
Or Emily Dickinson read aloud.
--Ogden Nash 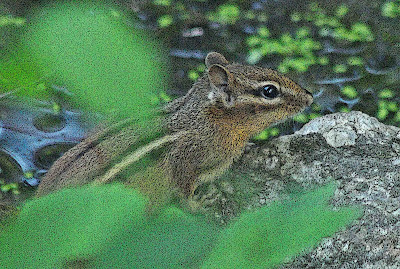 "For the Chipmunk in My Yard"


I think he knows I’m alive, having come down
The three steps of the back porch
And given me a good once over. All afternoon
He’s been moving back and forth,
Gathering odd bits of walnut shells and twigs,
While all about him the great fields tumble
To the blades of the thresher. He’s lucky
To be where he is, wild with all that happens.
He’s lucky he’s not one of the shadows
Living in the blond heart of the wheat.
This autumn when trees bolt, dark with the fires
Of starlight, he’ll curl among their roots,
Wanting nothing but the slow burn of matter
On which he fastens like a small, brown flame.
--Robert Gibb 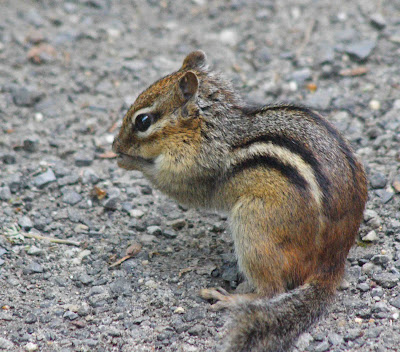 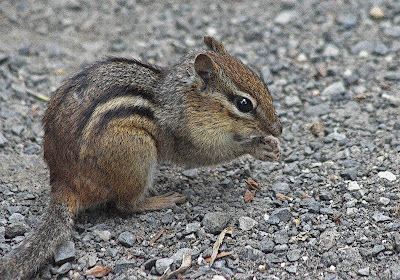 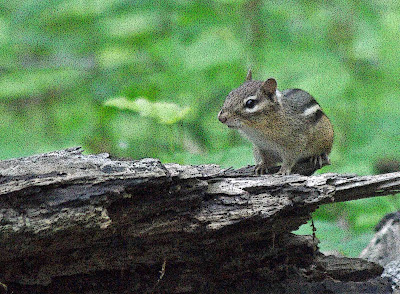 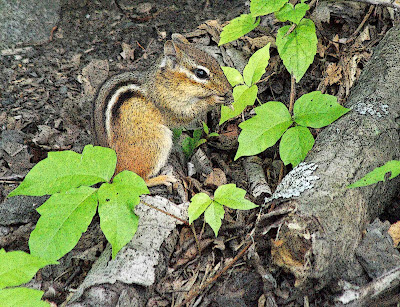 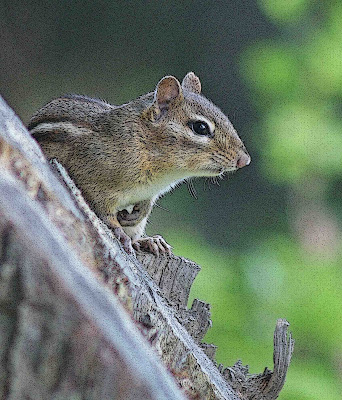 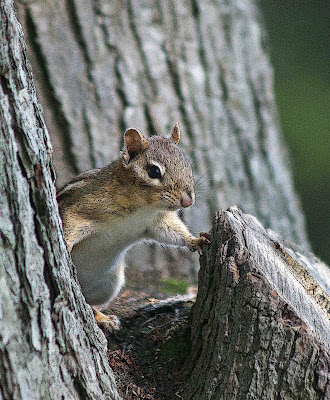 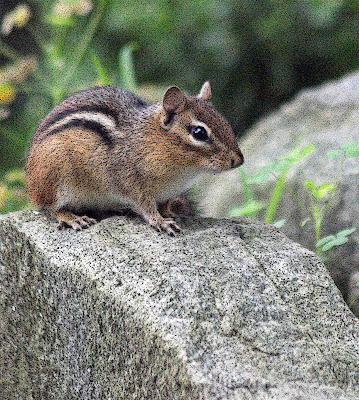 I
He makes a roadway of the crumbling fence,
Or on the fallen tree,--brown as a leaf
Fall stripes with russet,--gambols down the dense
Green twilight of the woods. We see not whence
He comes, nor whither (in a time so brief)
He vanishes--swift carrier of some Fay,
Some pixy steed that haunts our child-belief--
A goblin glimpse upon some wildwood way.

II
What harlequin mood of nature qualified
Him so with happiness? and limbed him with
Such young activity as winds, that ride
The ripples, have, dancing on every side?
As sunbeams know, that urge the sap and pith
Through hearts of trees? yet made him to delight,
Gnome-like, in darkness,--like a moonlight myth,--
Lairing in labyrinths of the under night.

III
Here, by a rock, beneath the moss, a hole
Leads to his home, the den wherein he sleeps;
Lulled by near noises of the laboring mole
Tunneling its mine--like some ungainly Troll--
Or by the tireless cricket there that keeps
Picking its rusty and monotonous lute;
Or slower sounds of grass that creeps and creeps,
And trees unrolling mighty root on root.

IV
Such is the music of his sleeping hours.
Day hath another--'tis a melody
He trips to, made by the assembled flowers,
And light and fragrance laughing 'mid the bowers,
And ripeness busy with the acorn-tree.
Such strains, perhaps, as filled with mute amaze
(The silent music of Earth's ecstasy)
The Satyr's soul, the Faun of classic days. 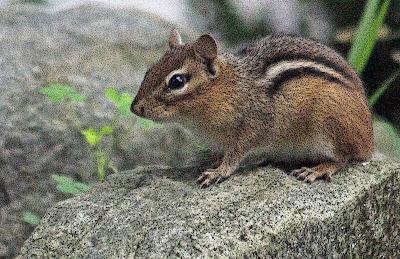 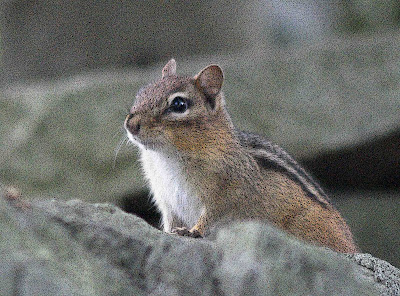 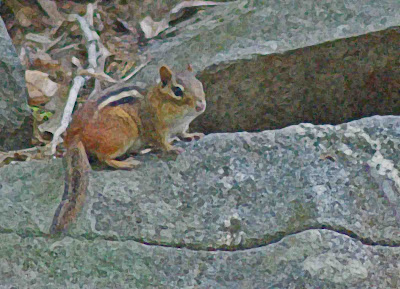 Posted by Anthony F. Chiffolo at 9:32 AM