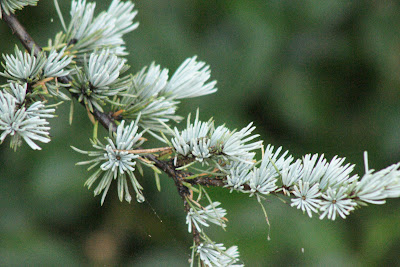 Another name by which the Blessed Mother has come to be known is "Cedar of Lebanon." Here is a little more about this "title" of Mary.
Her Story:
Although the promised land to which God brought the tribes of Israel was “flowing with milk and honey,” it was nevertheless a semiarid Mediterranean place, and large trees were unusual, if not unknown, there. But in the mountains of Lebanon, the land just to the north, the cedars grew tall and straight and were so highly prized that they came to symbolize whatever was precious. Thus in the Song of Solomon, the perfect bride was called forth from Lebanon: “Come with me from Lebanon, my bride….the scent of your garments is like the scent of Lebanon....Your channel is...a garden fountain, a well of living water, and flowing streams from Lebanon” (4:8–15 NRSV). 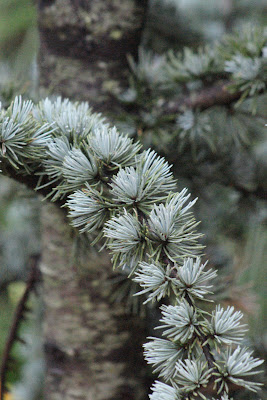 The Old Testament includes many references to Lebanon and its cedars, which became a symbol of those who are righteous in the sight of God. The Psalms, for example, declare, “The righteous…grow like a cedar in Lebanon” (92:12 NRSV) and “The trees of the Lord are watered abundantly, the cedars of Lebanon that he planted” (104:16 NRSV). 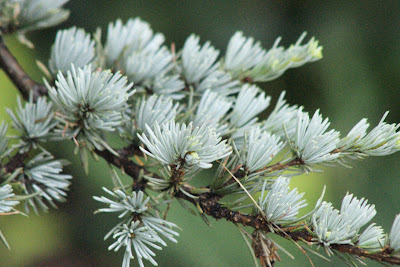 But the cedars of Lebanon also represent those who have become proud: “For the Lord of hosts has a day against all that is proud and lofty, against all that is lifted up and high; against all the cedars of Lebanon, lofty and lifted up...” (Isaiah 2:12–13 NRSV)—as if, having been raised up by God, the haughty come to attribute all their righteousness to themselves. God will not permit the conceit to continue: “He will hack down the thickets of the forest with an ax, and Lebanon with its majestic trees will fall” (Isaiah 10:34 NRSV).
Lebanon also figures in the messianic prophecies, which tell how God will raise up the lowly: “Shall not Lebanon in a very little while become a fruitful field, and the fruitful field be regarded as a forest?” (Isaiah 29:17 NRSV). And the messiah will proceed from Lebanon: “The glory of Lebanon shall come to you...” (Isaiah 60:13 NRSV); “He shall strike root like the forests of Lebanon....and his fragrance like that of Lebanon” (Hosea 14:5–6 NRSV).
One group of early Christians, the Maronites, christianized this symbol. Descended from the Church of Antioch, Maronites were early monastics who fled to the Lebanese mountains in the fifth century during their persecution by the Monophysites (those who held that Christ did not take on human nature). Maronites were deeply devoted to Mary, honoring her as the Mother of the Light, and came to extol the strength of her purpose and her fidelity to God’s will by referring to her as the Cedar of Lebanon. Just as the book of Sirach exalts the cedar—“I grew tall like a cedar in Lebanon” (24:13 NRSV)—so the Maronites used the cedar to symbolize Mary’s spiritual stature and excellence. Known for its longevity and resistance to decay, the cedar also came to symbolize Mary’s sinlessness and eventual Assumption. Maronites also thought the fragrance and oil of the cedar could repel snakes, which symbolized evil, in the same way that Mary protected the church against heresy. In the Maronite tradition Mary was seen as the perfect bride of God, brought out from Lebanon to bear the Christ, the righteous one, who would be the redemption of God’s people.
Maronites have carried their devotion to Mary with them as they have migrated to Africa, Australia, and North and South America. Though their loyalty remains strong, they have adapted to current usages, and in many places now the Cedar of Lebanon is also called Our Lady of Lebanon. Even in Harissa, Lebanon, the Maronite shrine to Mary is known as the shrine to Our Lady of Lebanon. The faithful can find a replica of that shrine in North Jackson, Ohio, at the National Shrine of Our Lady of Lebanon. Despite modern adaptations of language, this title serves as a reminder of God’s faithfulness to the people of God, the Messiah’s inclusive love for all people and the Blessed Mother’s essential role in redemption history.
Traditional Prayer:
Hail, O blessed spring of infinite joy,
Hail, O divine treasure of endless joy,
Hail, O shady tree of life-giving joy,
Hail, O Mother of God, unwedded bride,
Hail, O Virgin, unblemished after giving birth,
Hail, wondrous vision, far above any other marvel. 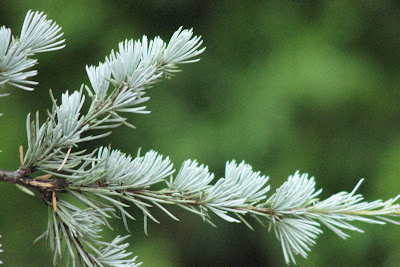 New Prayer:
O Cedar of Lebanon, we praise you as the Immaculate Conception, we honor you as the All-Holy, we cherish you as the Full of Grace, we recognize you as the Righteous One whom God has raised up, and we celebrate you as the Bride of God. Thanks be to you for your obedience to the will of God, for from your fiat came forth our Messiah. Amen.
Posted by Anthony F. Chiffolo at 12:06 PM

Please don't use this blog to post unauthorized advertisements.