When I was younger, I performed in my high school musical my junior year. The show was Carnival, a musical best known for its theme song "Love Makes the World Go 'Round" and its star turn by Anna Maria Alberghetti (as well as being the basis for the 1953 film Lili starring Leslie Caron and Mel Ferrer). I played the leading male character, Paul Bertholet, a French veteran of the War whose crippling injuries destroyed any chance he had at a dancing career. Embittered, he finds a job as a puppeteer at a traveling, second-rate carnival. Although his puppets are stars of the show, he is not popular with the other performers and hides from the public behind the puppet curtain. 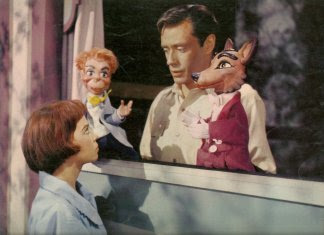 At one point in the action, having met and hired a young, naive woman to whom he is attracted, he reflects upon his "public face," despairing of any hope of ever "healing" from his trauma or finding a bit of happiness in his life, and sings this song to Carrottop, his gregarious, most popular puppet:


Who can I be, now that I can't be me anymore? Shall I be some sunny smiling fellow who won't rock the boat, 'cause he might splash the ocean, but sit there and cheerfully twitter? 'cause someone might say, "See that man over there? He's
bitter."

Everybody likes you. You're a lucky fellow. The secret is your smile--I ought to have a smile--that smile takes quite a knack. I think I need a smile, and who cares if it's
real or painted with shellac? A smile full of theatrics, for easily agreeing; two eyes with acrobatics, to see the way they're seeing.

Let's turn about--you say the words for me, 'cause everybody likes you, and no one...no one likes me.
(Lyrics by Bob Merrill, from the musical Carnival)

It's quite a sad song, and the character of Paul is desperately angry at his lot. I don't think I was very convincing at conveying or portraying Paul's emotions--at one point in the rehearsal schedule, the director asked my friends if I ever stopped smiling! But I think the director, in choosing me for the role, though I had never acted before, was actually responding, perhaps unconsciously, to what was happening in my own emotional life. I never reflected upon it at the time, but I was hiding a lot of pain beneath a smiling exterior, because I was trying to "fit in," to be someone other than who I really was and who I really am.

One might say, "Well, all teenagers do that--hide parts of themselves so they can fit in with their peers," and that's true, because teenage-hood is that time of life when most of us question who we are and whether we want to be the person others expect us to be, and most teenagers at some point, for some period, dissemble their true identity just to be able to be part of the crowd. Yet many teenagers rebel against the conformity of their peers too.

But as a gay teen growing up in a rural, very conservative, heterosexist community, hiding my true identity was a survival mechanism. I did not even know of any other "queer" persons, either older or my own age. So I pretended, during high school and for many many years afterward, to be someone other than my true self, never daring even to admit in the privacy of my own mind the truth of my identity. And the words of the song I sang in Carnival continued to echo, a sad accompaniment to everything I did in life.

Until I could stand it no longer, that is. During my 37th year, I knew that I had to answer the question that I had been dodging for so long: Who Am I? I knew I had to embrace the truth, whether I liked it or not, or die. Because, yes, I did feel as if I were actually dying inside. So I asked the question; I faced the truth; I stopped pretending. It was excruciating, for me and for everyone around me. I wish I could say that I immediately felt better after "coming out," but it was a very gradual process--a very slow "rebirth," so to speak. Yet it was, eventually, a "resurrection" experience, as I left behind an existence that was killing me and embraced an existence that was and is truly life-giving.

That was almost 12 years ago now, and the words of the song no longer haunt me. Nevertheless, that essential question--Who Am I?--continues to pester me. Every day it confronts me, challenging me, goading me, perhaps even taunting me. Who am I if I do this instead of that? If I choose this? Say this? Believe this? It's on ongoing dialogue I'm having with myself--there is no "final answer" because I keep on becoming who I am. At the same time, when I embrace my identity, I can act/speak/think/be from my "truth center." I guess this is what my military instructors meant all those years ago when they tried to teach us "integrity"; perhaps I'm finally beginning to understand. 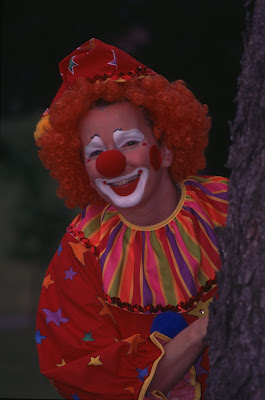 not just about sexual realities but about all the things that cause us to be in one sort of closet or another.

If we could all have the balls to embrace who we are and who others are and to not fall into the traps of hatred, intolerance, prejudice, etc. What a world that might be.