Tabgha and the Miracle of the Loaves and Fishes 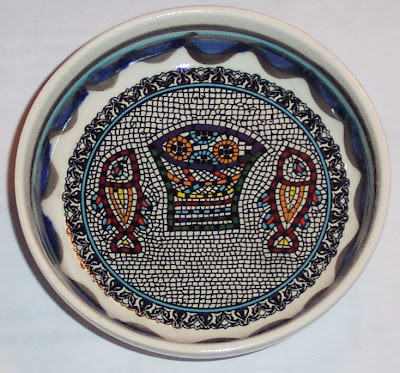 15Toward evening the disciples approached him. "We're out in the country and it's getting late. Dismiss the people so they can go to the villages and get some supper."
16But Jesus said, "There is no need to dismiss them. You give them supper."
17"All we have are five loaves of bread and two fish," they said.
18-21Jesus said, "Bring them here." Then he had the people sit on the grass. He took the five loaves and two fish, lifted his face to heaven in prayer, blessed, broke, and gave the bread to the disciples. The disciples then gave the food to the congregation. They all ate their fill. They gathered twelve baskets of leftovers. About five thousand were fed.
--Matthew 14:15-21 (The Message)
After taking the boat across the Sea of Galilee, we visited the area of Tabgha, which is about 8 miles from Tiberias. The word tabgha is possibly a misappropriation of the Greek words hepta pegon, which mean "seven springs," and there are still seven springs nearby. 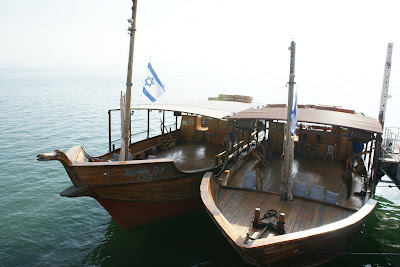 There are two main attractions in Tabgha: the Church of the Multiplication and the Church of Mensa Christi; we were able to visit only the former, which commemorates the "miracle of the loaves and fishes"--that is, the occasion when Jesus fed five thousand people with only five loaves of bread and two fish (see the Gospel of Matthew 14:15-21). 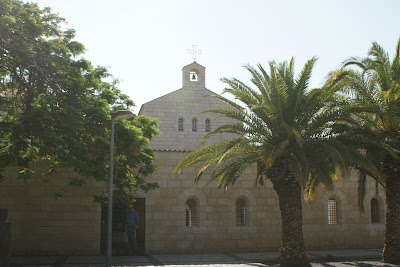 Upon viewing the countryside, it's easy to see why the disciples were so concerned: there were a lot of people--more than the entire populations of many towns combined--and it was a long way back to their homes across some pretty rugged and sparse terrain. After night fell there would have been no hope of anyone making it back to their own bed. 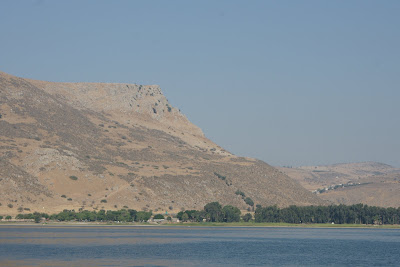 Interpretations of the miracle differ: some say that the baskets used to distribute the food were miraculously replenished; others take the "stone soup" perspective and hold that Jesus's example inspired the people to share the food they were carrying, so that all would have something; still others assert that the story is an allegory indicating how Jesus fed the people's spirit with what he said and what he did.
The Church of the Multiplication is a modern structure, built in 1984 on the site of the original fourth-century church. The main attraction is the wonderful fifth-century mosaic located in front of the main altar. This mosaic depicts a basket of bread loaves flanked by two fish. 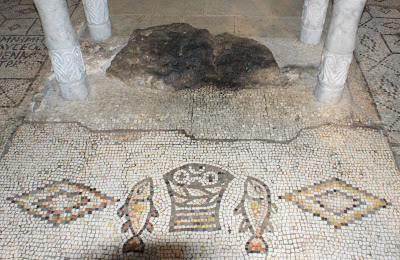 In addition, the large stone beneath the altar is, according to tradition, the spot where Jesus placed the fish and bread when he blessed them. 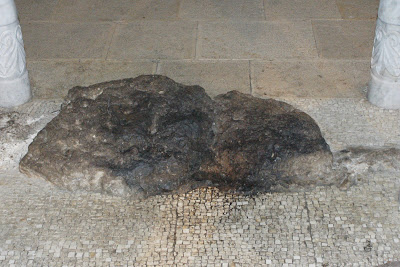 Much of the floor consists of exquisite fifth-century mosaics. There are ducks, geese, herons, cranes, cormorants, peacocks, rabbits, and swans, in addition to wonderful geometric designs. 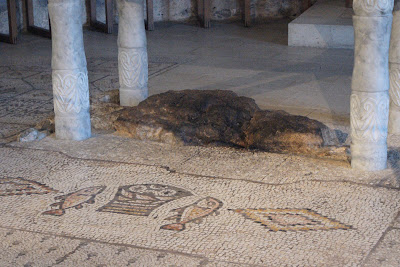 The sanctuary is small and, at times, crowded, but time allowing, one can sit and ponder the meaning of this gospel story. The cloister leading to the sanctuary is quite peaceful and provides a space for further meditation. 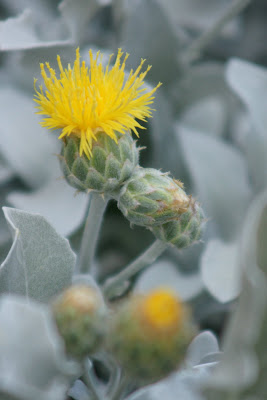